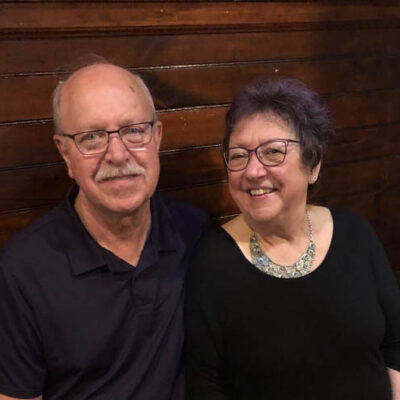 Marsha Ryninger and her husband, Marcus

Tell us your story. How did you become a caregiver/support partner for someone with aphasia?
On May 1, 2015 my husband had a stroke.  I was out of town and when I arrived at the hospital several hours later he could not talk and his right side was paralyzed.   It was a dark and scary time.  We didn’t know what to expect.

What kind of changes took place in your lives as a result of your loved one having a stroke and aphasia?
There was an immediate need to contact his employer, arrange for disability, fill out forms, and contact friends and loved ones.  This was hard to manage when your world is all of a sudden upside down and you are in a daze.  Later changes involved me taking over all the finances, insurance matters, continuing to update friends and family and be sure my husband was taken care of and appointments were attended.  More changes came when he was forced to retire because of his stroke and we started over by selling our house in Maryland and moving to South Carolina.

What helped you and your loved one the most as you navigated your “new normal” after a stroke?
Prayer.  And friends.  People brought meals.  Friends helped clean the house.  Neighbors helped and supported us.  Getting into therapy as early as possible is key.

What do you know now that you wished you had known right after your loved one had a stroke and aphasia?
To get into aggressive therapy ASAP at an inpatient rehab hospital – speech therapy, physical therapy and occupational therapy.  That someone would have told us about Aphasia on day 1 or 2. We didn’t even hear the word Aphasia until he was in outpatient therapy a month after his stroke.

How did you help other family members and friends understand aphasia and how it affected your loved one?
By explaining it was his speech that was affected, not his cognitive abilities.  And to speak in a normal tone of voice, no need to yell.  And even though he could not verbalize his thoughts, he knew what you were saying.

What advice do you have for other caregivers/support partners of someone experiencing aphasia?
Listen.  Be patient.   Let your loved one be involved in speaking to other people and let your loved one talk.

Is there anything else you would like to share about your experience?
Neither of us would have signed up for this, but it has been a growing and stretching experience for each of us in different ways.   It has drawn us closer to each other and to God.  We have made some amazing friends and wouldn’t trade this for anything. 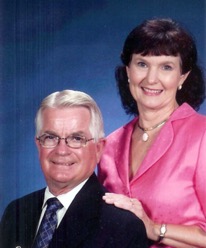 Our world broke!
We were tipped off our axis catapulted into another sphere to learn a language foreign to us beginning August 8, 2016 when my husband had an ischemic stroke.   Life as we knew it shattered!

Focused on recovery we laid aside things that pulled us away from first priority of learning to live well within the circumstances of stroke survival.    We have experienced continuing progress through these ‘after years’.  It would have been encouraging to hear that the rate of forward progression may change, but it can continue beyond the one year /eighteen-month time marker.

Sorting through the broken life, keeping salvageable parts while discarding others led us into a new adventure of educating family and friends of changes through conversations, text messages, sharing USC Aphasia Lab Facebook posts, and at first brief interactions that eventually led to good visits.

Following the unfortunate norm some people shy away because they don’t understand how to interact in the new lifescape we are creating.  However, because we researched, reached out and explored every available avenue for improvement and recovery we have gained a new ever growing circle of friends and professionals.  We would encourage other stroke survivor families to reach out and learn from each other’s experiences as you recreate the life you now have. Life is different, but it can still be rewarding.

Daily life can be very frustrating at times. I have learned to be present in the moment, give thanks for the Lord’s mercies that are new every morning, and let the day flow with grace.  Reminding myself to be patient I smile and with a heart filled with gratitude I thank my God for the privilege of sharing life together.

Van and Dee have been married 54 years and they look forward to sharing many more anniversaries together. ❤ 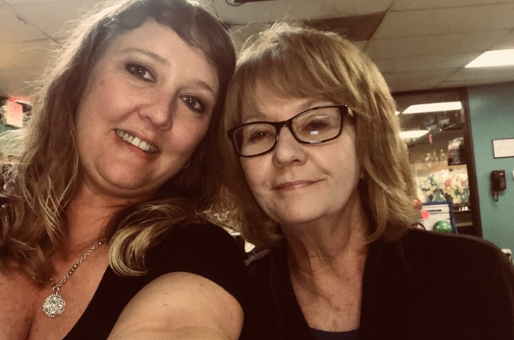 My daughter Megan, a 37-year old mother of two with a promising career, who was always involved in charitable events, and helping friends in need, had a stroke and resulting brain aneurysm while on vacation four hours from home.  She was airlifted to a trauma hospital where she had surgery to coil the aneurysm and a craniotomy to remove a large blood clot.  When I first saw her after the surgery I cried harder than I have ever cried in my life.  I knew what to expect.  My father had a very similar situation when Megan was a one-year old child.  He lived for two years after his stroke, but was never able to talk to us again after his stroke.  The inability to communicate was frustrating for him and heartbreaking for me.  I fully expected Megan to follow suit.  I know now the value of immediate and intense therapy.

I immediately knew that I would quit my job and take care of her and her children.  I would be her caregiver for as long as I could. No question.  For four weeks I sat by her side in the hospital and worried what she was thinking as she lay there.  Was she wondering where she was, what had happened and where her children were?  She has since told me she didn’t remember thinking anything. It now makes sense to me.  She had no memory, so there was nothing to wonder or think about.

As time passed, she began to show improvement.  She had her feeding tube removed and could now eat.  She also walked with a walker with help from her therapist, but still could not verbalize her words, which caused her to remain silent most of the time.  When she was well enough, I had her transported to a rehab hospital in Columbia. The most important thing was for her to see her children and for her children to see her. I needed to be home and to go back to work.

The intense therapy she received did wonders! When she was released from inpatient care, we made the trip from Chapin to Columbia several times a week for therapy as long as her insurance allowed outpatient coverage.  It was there she met Ms. Mary. Ms. Mary gave us information about the Aphasia Lab at USC.  I put it aside.  I was so busy taking care of my house, her house, my grandchildren and working, I couldn’t even think about it at that time.

When outpatient therapy ended, I could tell Megan needed something more.  She needed interaction.  She had been such an “involved” person before this, that not doing anything would not work for her.  She couldn’t drive, and didn’t feel comfortable enough to have friends over because of the aphasia.  In fact, she would tell me to say no to anyone that wanted to come over.  The aphasia kept her somewhat in isolation for quite a while.  That is when I reached out to Dr. Spell.  Megan is now gaining her confidence when talking to people, ordering in restaurants and being with her friends.  She still does not like to be in a large group of people because of some hearing loss, but I get the feeling she is content.  I see a much happier Megan.

Before the stroke, whenever I needed to talk, or had something I didn’t really know how to handle, Megan would always say “I got this Mom”.   Then the day came when it was my time to say said “I got this Megan”.     Over time my role as caregiver has evolved into mostly taking care of her finances, read and respond to her mail, emails, and phone calls.   I interact with schools, doctors and dentists for the family. I carry a Power of Attorney with me everywhere I go.

I believe that my patience and her impatience created the perfect combination to get to our “new normal”.  I would have taken care of everything for her as long as I had a breath, but her impatience set in and she now does most things on her own.  I feel like my baby girl has grown up for a second time.

For a free Aphasia Caregiver Guide, go to the National Aphasia Association’s (NAA) site to download your copy:  https://www.aphasia.org/aphasia-resources/aphasia-caregiver-guide/

In this guide, the NAA provides helpful information about aphasia, recovery and how you and your loved one can navigate all that goes with the recovery process.  Some of the suggested support organizations included in this guide are listed below.  Neither the NAA nor the University of South Carolina Aphasia Lab officially endorse any of these organizations, but all are potentially useful resources.

Caregiver Action Network
http://caregiveraction.org/
“Caregiver Action Network is the nation’s leading family caregiver organization working to improve the quality of life for the more than 90 million Americans who care for loved ones with chronic conditions, disabilities, disease, or the frailties of old age.”

Caregiver Support Services
http://caregiversupportservices.com/
“Caregiver Support Services (CSS) is a non-profit organization with a 501(c) (3) tax-exempt status. CSS was founded in 1997 by Terrence and Eboni Green, a husband and wife team, after the couple recognized that most individuals who provide care for a loved one or client do not know where to start when it comes to gathering and coordinating resources and services.”

Family Caregiver Alliance
https://www.caregiver.org/
“Founded in the late 1970s, Family Caregiver Alliance is the first community-based nonprofit organization in the country to address the needs of families and friends providing long-term care for loved ones at home. FCA, as a public voice for caregivers, shines light on the challenges caregivers face daily and champions their cause through education, services, and advocacy. The services, education programs, and resources FCA provides are designed with caregivers’ needs in mind and offer support, tailored information, and tools to manage the complex demands of caregiving.”

National Alliance for Caregiving
http://www.caregiving.org/
“Established in 1996, the National Alliance for Caregiving is a non-profit coalition of national organizations focusing on advancing family caregiving through research, innovation, and advocacy. The Alliance conducts research, does policy analysis, develops national best-practice programs, and works to increase public awareness of family caregiving issues.”

How to Join an Aphasia Recovery Group

If you, a family member, or a friend would like to participate in one of our aphasia recovery groups, please call Leigh Ann Spell, Associate Director at (803) 777-2693 or spelll@mailbox.sc.edu.

Aphasia is a common consequence of stroke. It is characterized by difficulty speaking or understanding others’ speech. Those who have aphasia often have problems with reading and writing. The severity of aphasia can range from very mild symptoms (for example, coming up with the right words when talking) to very severe (difficulty understanding and speaking). Our research involves persons with a wide range of communication problems following stroke. All treatment provided by the Aphasia Laboratory is FREE of charge.